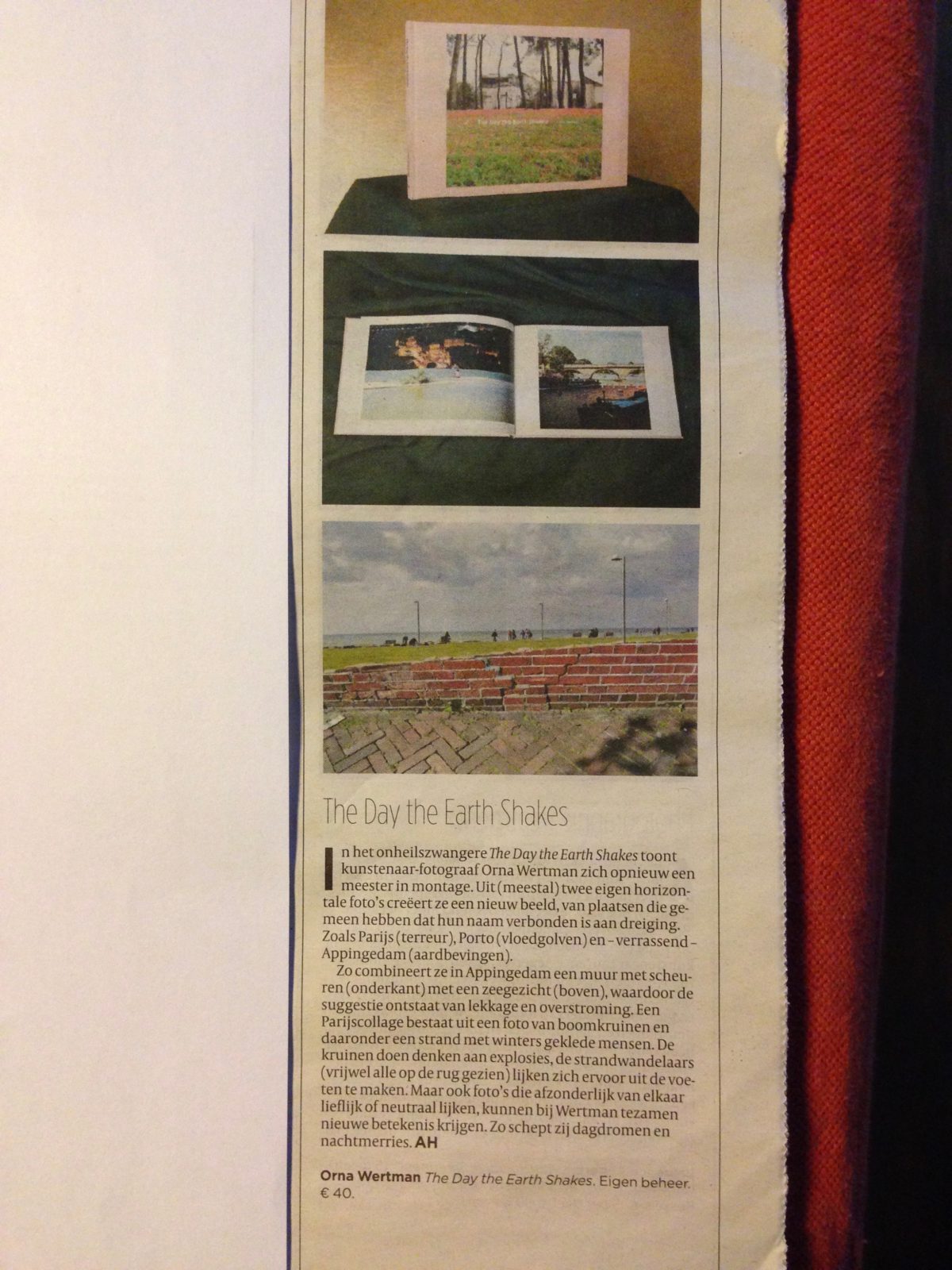 Best Photobooks of 2017: the selection of Dutch newspaper De Volkskrant.

After Broken Landscapes and Bird Lands, Orna Wertman is back with a new series of photomontages. Orna Wertman’s latest series of photomontages reflects the state of Europe in 2017. Using her own material – images shot between 2013 and 2016 – she invents new places through a technique of disassembling and reassembling photographs. What emerges is a photograph of stark contrasts that effectively conveys the palpable unease lingering in our environment. The cities of Venice, Porto, Paris, and Haifa provide the stage for uncanny combinations. Wertman’s work, although perhaps puzzling at first, sometimes even eerily disorienting, acknowledges past and future disasters while refusing to give up a sense of optimism. Disasters may strike, but the will to live is stronger still.